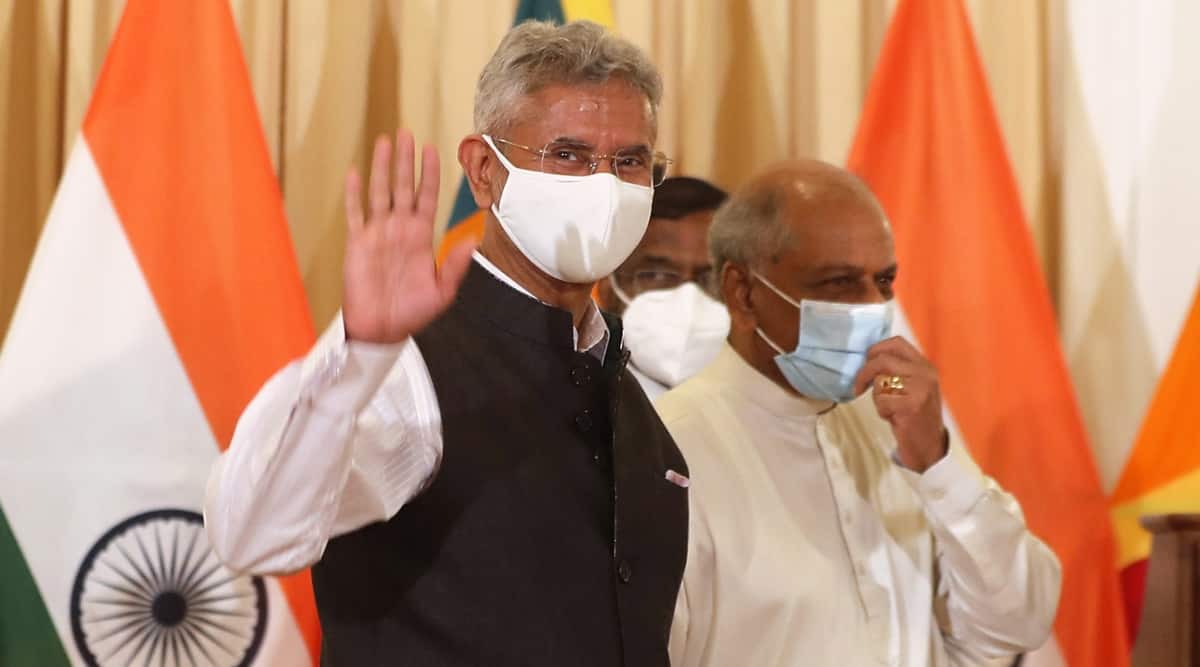 External Affairs Minister S Jaishankar on Thursday met the Tamil leadership in Sri Lanka and discussed issues pertaining to the development and devolution and the role of provincial councils as part of national reconciliation.

“Glad to meet the TNA delegation led by Thiru Sampanthan. Discussed issues pertaining to development & devolution and the role of Provincial Councils,” Jaishankar tweeted after the meeting.

Thank Prime Minister @PresRajapaksa for his warm welcome this evening. Discussed further strengthening our close cooperation in so many areas, following up on the progress made since the Virtual Summit with PM @narendramodi. pic.twitter.com/ccav0sMAvx

Tamil National Alliance (TNA) is the main Tamil party in the island nation.

Jaishankar also met a delegation of the Tamil Progressive Alliance.

“Pleased to meet the TPA delegation. Appreciate their positive sentiments about our development programmes. This will remain an important facet of India’s commitment,” he tweeted.

Jaishankar is on a three-day visit to Lanka from January 5-7 on the invitation of Lanka foreign minister Dinesh Gunawardena. It is his first overseas visit of the year.

A very useful interaction with business leaders of Sri Lanka. Appreciated their insights and suggestions on economic cooperation. pic.twitter.com/OhObqT7ze5

On Wednesday, Jaishankar spoke on the need to ensure aspirations of the minority Tamils are addressed within a united Sri Lanka.

“As we promote peace and well-being in the region, India has been strongly committed to the unity, stability and territorial integrity of Sri Lanka. Our support for the reconciliation process in Sri Lanka is longstanding, as indeed for an inclusive political outlook that encourages ethnic harmony,” Jaishankar said.

“It is in Sri Lanka’s own interest that the expectations of the Tamil people for equality, justice, peace and dignity within a united Sri Lanka are fulfilled. That applies equally to the commitments made by the Sri Lankan government on meaningful devolution, including the 13th Amendment to the Constitution,” he added.

The 13th Amendment provides for devolution of power to the Tamil community. India has been pressing Sri Lanka to implement the 13th amendment which was brought in after the Indo-Sri Lankan agreement of 1987.

“A productive meeting with Fisheries Minister Douglas Devananda. Reviewed our cooperation in fisheries after the recent Joint Working Group session. Look forward to working with him closely,” he tweeted.

During a meeting with former prime minister and the leader of United National Party Ranil Wickeremesinghe, Jaishankar appreciated his long-standing support for the bilateral relationship.

He also interacted with business leaders of Lanka and appreciated their insights and suggestions on economic cooperation.