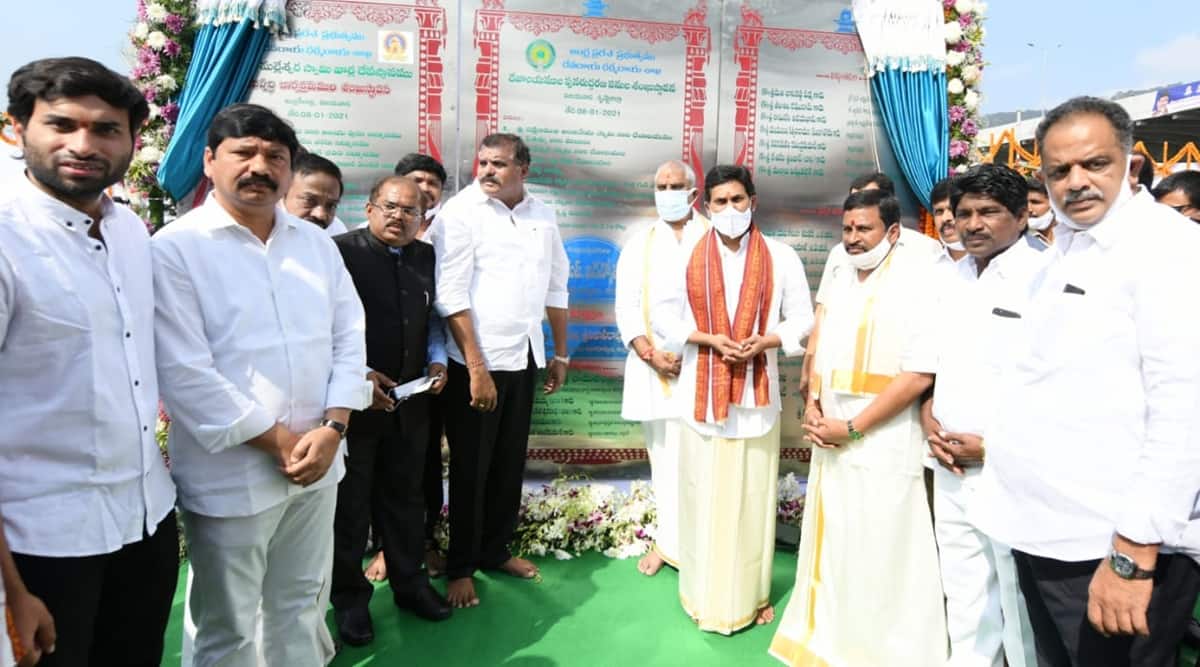 Andhra Pradesh Chief Minister Y S Jagan Mohan Reddy on Friday laid the foundation stone for the reconstruction of nine temples that were dismantled or demolished by the previous TDP regime to widen roads or construct flyovers in Vijayawada.

Hon’ble Chief Minister @ysjagan laid the foundation stone for the reconstruction of 9 temples on the banks of Krishna river, today. The State Government will reconstruct 40 such temples that were razed down by the previous regime, across the state. pic.twitter.com/BzrvHf6LaB

The move comes at a time when the YSRCP government has been under fire from the TDP over the attacks on temples in the state, while BJP leaders have tried to link Jagan’s Christian faith to the incidents of vandalism.

Rebutting allegations of religious conversions in the state, Vishnu said only “political conversions” were taking place, saying that TDP members from the village level up are “getting converted” to the YSRCP because of the effective implementation of government schemes.