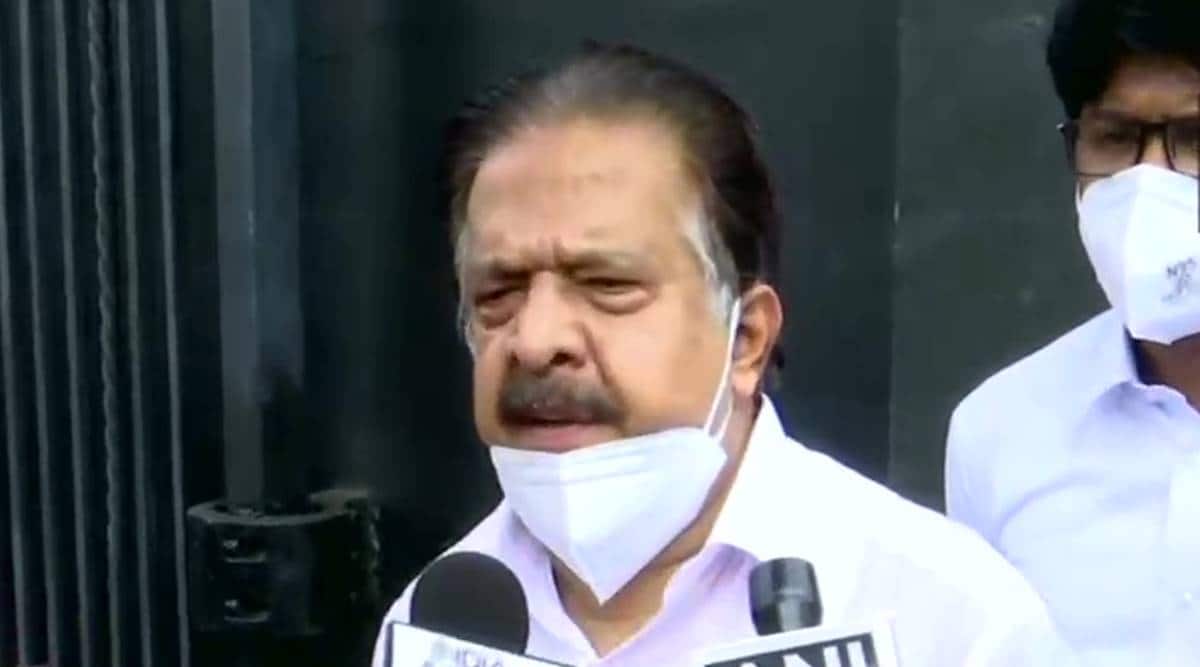 The Opposition UDF led by the Congress Friday boycotted the Governor’s policy address on the opening day of the budget session of the Kerala Assembly, raising slogans against the Assembly Speaker and the state government.

As soon as Governor Arif Muhammad Khan began his address, detailing the LDF’s government’s achievements in the last five years, Opposition MLAs trooped into the well of the House, holding placards and banners and raising slogans.

A few minutes into his speech, Governor Khan appealed to the MLAs, “You have raised enough slogans. Let me do my constitutional duty. Please don’t interrupt me.” Following this, the Opposition MLAs walked out of the House and staged a protest at the front steps of the building. While Independent MLA PC George also walked out along with UDF MLAs, the lone BJP representative O Rajagopal stayed back in the House.

The UDF’s grouse against Speaker P Sreeramakrishnan is his alleged involvement in the gold smuggling and dollar smuggling cases. On Friday, the Speaker’s additional private secretary K Ayyappan appeared before the Customs officers in Kochi to answer questions in the dollar smuggling case. The Speaker has repeatedly stated that he has not indulged in any wrongdoing.

Outside the Assembly, Leader of Opposition Ramesh Chennithala told reporters, “It’s the first time in the history of the Kerala Assembly that a Speaker is in the dock for involvement in a gold/US dollar smuggling case. It’s in a session presided by the same Speaker that a government drowning in corruption is getting the Governor to make a policy address. This is a government that’s handling matters in a way where democracy has little meaning.”

“Here is a Speaker that fits the Chief Minister. On one side, you have a government reeking of corruption and on the other a person who has made the Assembly a focal point of corruption. Every point mentioned in the Governor’s address is meant to fool the people. Promises have been made, but those promises have not been kept,” he added.

Meanwhile, in his address, Governor Khan said the LDF government led by Chief Minister Pinarayi Vijayan has fulfilled all the promises it made in its manifesto in 2016. He said the government was the first in the country to announce a Covid-19 relief package that ensured that no one went hungry. Taking a veiled potshot at the Centre, the Governor said Kerala was at the forefront of protecting secular values when Parliament passed the contentious Citizenship Amendment Act.