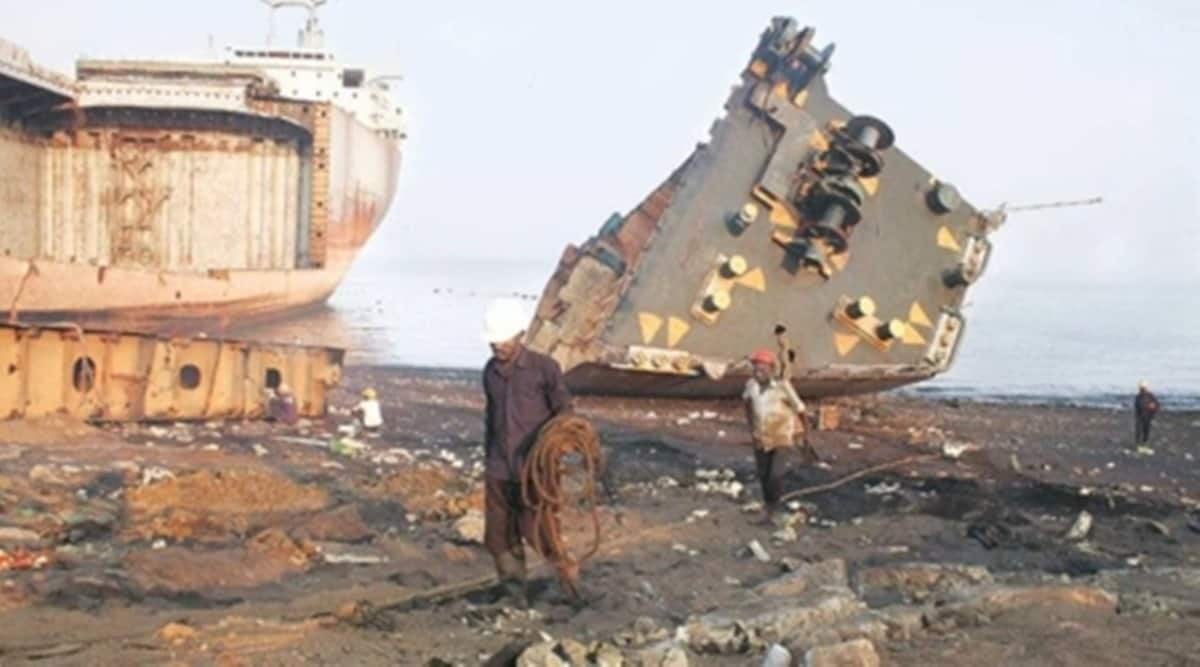 Marco Polo, one of oldest cruise ships of the world that failed to remain afloat amid the Covid-19 pandemic, arrived at the Alang ship-breaking yard in Gujarat on Saturday to be scrapped. This is the third luxury cruise liner to arrive at the yard in the last 50 days.

Built as “Alexander Pushkin” in East Germany for the Baltic State Shipping Company, the 176 meter-long vessel was the foremost ocean liner that sailed on the trans-atlantic Leningrad-Montreal route and was the fastest and largest of merchant vessels in the Soviet fleet.

“This ship was built way back in 1965 and it arrived at the Alang anchorage Saturday morning,” said Anil Jain, owner of Atam Manohar Ship Breakers Pvt Ltd that bought the vessel.

The iconic 55-year-old vessel has a light-weight displacement (LDT) tonnage of 14500 and has 11 decks.

“The ship was sold in a distress sale. It was in UK when it was sold. The owners went banktrupt due to Corona,” said Jain who bought the vessel for Rs 60 crore.

The British court had ordered sale of the cruise ship after the cruise and maritime voyages collapsed due to the pandemic after the company paused cruise operations which were focussed on the UK.

Marco Polo was one of the five cruise ships which were impounded and sold to settle the debts.

This cruise ship which was rechristened as “Marco Polo” in the 1990s has 425 cabins for 800 passengers who used to be served by a crew of 355. It has eight passenger decks, five lounges and bars, three restaurants, three main lobby areas, one swimming pool, three jacuzzies and four elevators.

Marco Polo is the third cruise vessel to reach Alang in the last 50 days. The first such vessel to arrive for scrapping was “MV Karnika” which could not restart operations after the Covid-19 lockdown in India.

The second cruise liner that came on January 2021 was “Ocean Dream” which had ceased operations due to the Covid-19 pandemic and was lying idle in Hiroshima, Japan. In the coming weeks, a fourth cruise liner “Grand Celebration” is expected to arrive for dismantling.