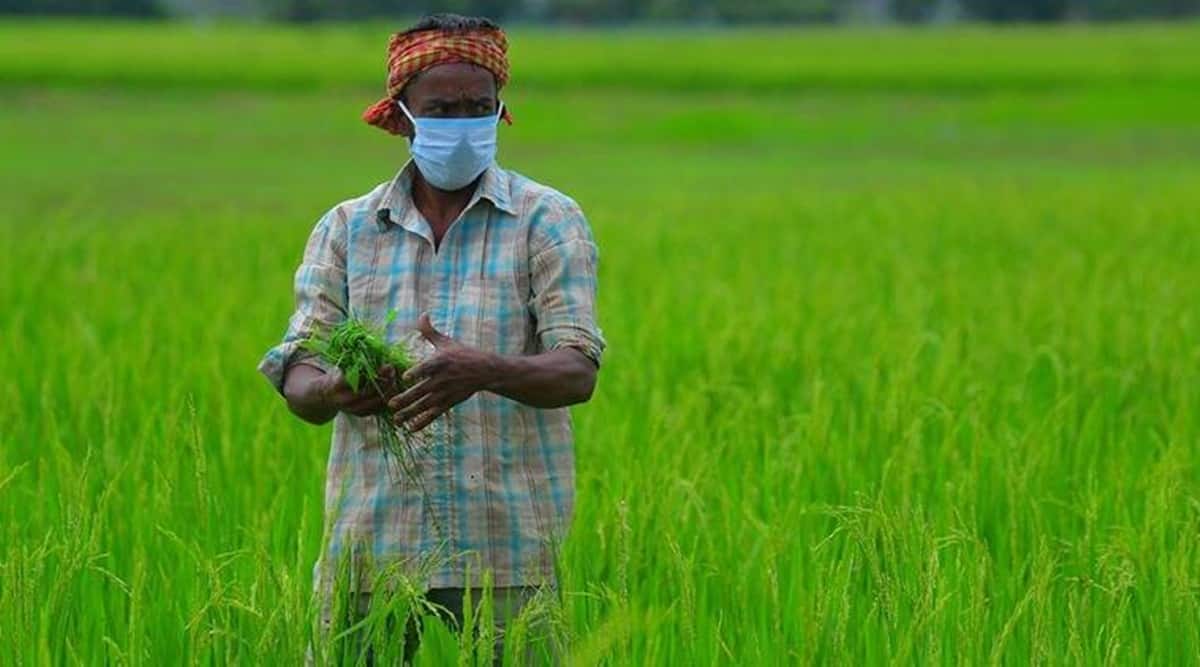 We must liberalize farming in India, so that it becomes competitive and our farmers have access not just to the domestic, but the international market as well.

Before we do that, however, we need to see if there is a level playing field for agricultural products globally. In 2019, US farmers got subsidies worth Rs 165 lakh crore.

While the US subsidies compare favourably with India’s Rs 120 lakh crore agricultural subsidies, the higher population and percentage of agriculturalists in India, means the subsidy per farmer is still paltry. According to India Centre for WTO Studies working paper, the domestic support for each farmer in Canada is Rs 5.56 lakh, in the US Rs 5.44 lakh and Rs 8,175 in China.

Compare this with the support per farmer of Rs 3,675 in India, which is less than half of China and 150 times less than that of a Canadian farmer.

If the government were to impose import tariffs based on the price assistance and subsidies provided by country of origin, only then, would we begin to level the field for our farmers.

The private sectors’ thirst for cheap produce is evident even in the US. In 1915, a farmer received an inflation adjusted $250 per metric tonne for wheat.

A hundred years later, with great advancements in seed quality, fertilisers, farming methods and private sector-led commercial farming; the price of wheat was less than $50 per metric tonne.

The private sector led by the ABCD (ADM, Bunge, Cargill, and Dreyfus) of commercial agriculture are very efficient at reducing prices through favourable regulation, lobbied by their oligopoly, adoption of technology and economies of scale. This is why the US farmer is getting huge price assistance on many agri-products – 75 per cent for sugar, 60 per cent for cotton, 40 per cent for milk and 25 per cent for rice.

Why is it wrong for our farmers to continue getting price assistance through the MSP?

However, it amounted to an increase of 4.36 per cent per annum well below the average consumer price inflation (CPI) of 5.26 per cent for the same period. While a 0.9 per cent difference between MSP and CPI does not seem much, it means that goods and services for farmers became 20.63 per cent more expensive each year.

Over a five-year period, farmers’ income would, thus, be able to buy less than half of what they did in 2015. Our own ‘desi’ triumvirate (Reliance, Adani and Bombay Burmah Trading Limited) the RABBL have learnt the agricultural alphabet from ABCD and will aim to drive down pricing, while inflation will stealthily erode any remaining income and wealth.

A once stable part of society especially along our borders, will be turned into a disaffected population prone to foreign meddling.

Once the government and private sector have a better solution for the poor farmer, address societal and national security concerns, then these reforms may be welcome.

In passing the agricultural Acts through sleight of hand, the Government lost sight, or felt too entitled to provide any concrete justifications.

Farmers would have applauded if, as part of rejuvenation of Aayush in India, we were moving the nation towards indigenous seeds and organic value-added farming. Due to their health benefits, organic crops command a higher price than the MSP. Thus, laying the groundwork for the Government’s argument that the private sector would give better pricing to farmers.

Alternatively, farmers should have been given a choice to continue with their current farming methods and receive MSP with legal safeguards.

With 41.5 per cent of the workforce in India employed in agriculture, the denial of their fundamental right to approach courts as stated in the Acts, is another reason the farmers do not support the legislations.

Lest we forget, the sons and daughters of farmers form a disproportionate part of the armed forces and Paramilitary Forces and many farmers are themselves ex-servicemen. Outside of the armed forces, they form the most hardened and disciplined cadre in India.

While the politicians, bureaucrat lackeys, pliant media and their paymasters sit smugly in their starched shirts on the poker table trying to bluff, the farmers have organized for a fight to level the field. They have little to lose, have the numbers and the stomach to grapple.

The Government already has its back to the ground and should prepare for crumpled shirts, bruised egos and backtracking from the rumble in the ‘Dangal’.