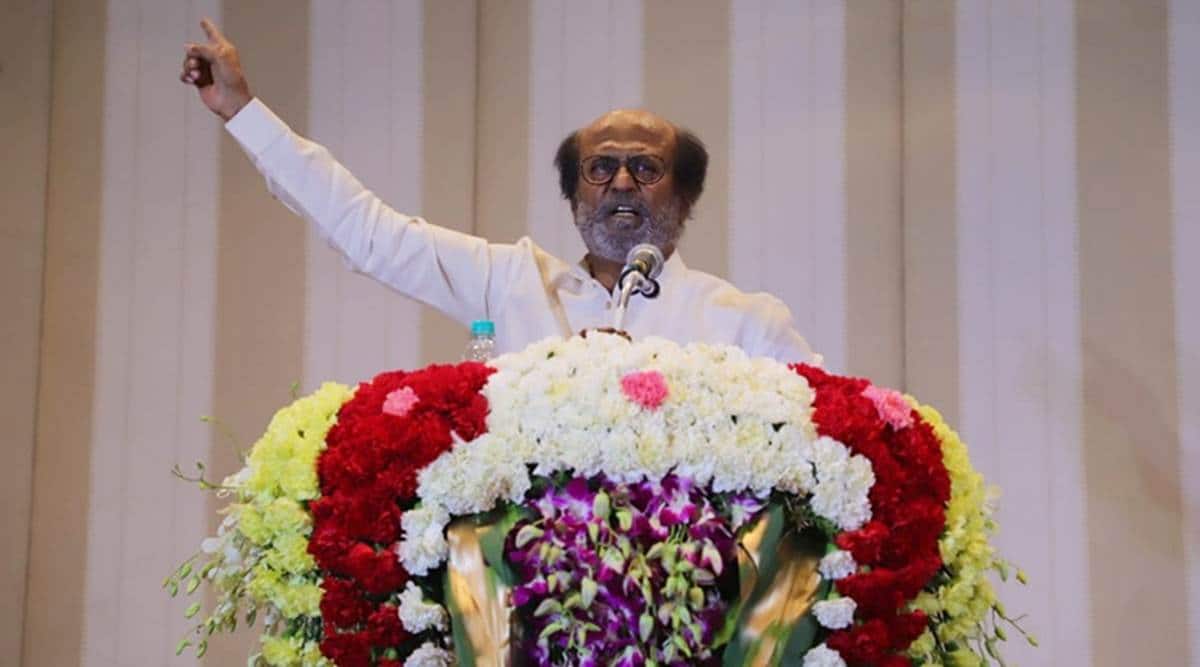 A day after his fans gathered in large numbers at Chennai’s Valluvar Kottam in the hope of convincing him to change his decision on not taking part in electoral politics, actor Rajinikanth on Monday appealed to them against staging such protests.

“Some of my fans along with expelled cadres of Rajini Makkal Mandram have protested in Chennai against my decision of not entering politics. I have taken my decision, I appeal to everyone to not indulge in such things (protest) as it pains me,” he said.

On Sunday, more than 2,000 Rajinikanth fans were spotted at the venue even though the Chennai City Police had granted permission for a gathering of only 200 people, that too only for an hour. ‘Va Thalaiva Va’ (Come leader), ‘Ipo Ilana epovum illa’ (If not now, never) were some of the slogans raised by the fans, who staged the demonstration from around 10 am till 12:30 pm.

Rajnikanth fans at the demonstration site in Chennai. (Express Photo)

The ‘Aravazhi porattam’ (peaceful protest) took place despite repeated warnings from the Rajini Makkal Mandram. The mandram high command asked fans not to take part in such protests and warned of strict action if they indulge in such acts.

On December 29, Rajinikanth announced that he will neither launch a party nor take part in the electoral politics owing to his ill health and the pandemic situation. The announcement came weeks after he promised that his party will contest in the upcoming assembly election in Tamil Nadu and will announce the details about this political plan soon.

In a three-page statement he posted on Twitter, Rajinikanth expressed regret and said it pained him to make such an announcement after having said he would contest in the elections and happy to give even his life for the people of Tamil Nadu. “It is with profound regret that I have to say that I will neither be launching my political party nor entering politics. Nobody can understand my pain in making this decision,” he wrote.

The actor was hospitalised recently due to his fluctuating blood pressure.