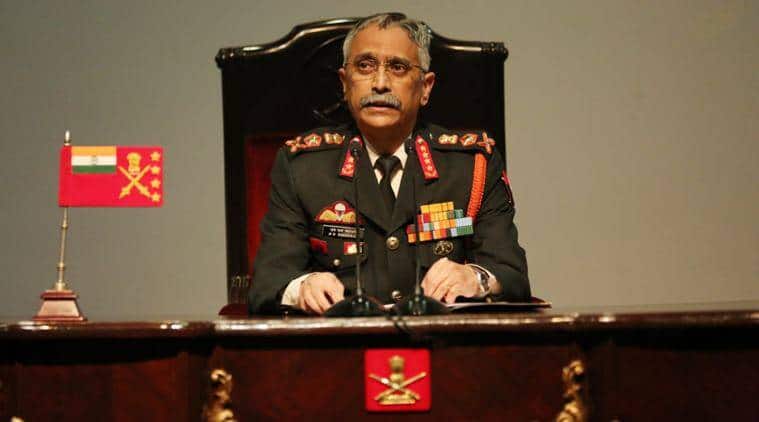 Army Chief General M M Naravane Tuesday said Pakistan and China formed a “potent threat”, and the “threat of collusion” could not be wished away. Addressing an annual press conference in New Delhi, General Naravane said Indian forces had to rise to the occasion in dealing with challenges last year, and were “fully prepared” to deal with any threat facing the nation.

“Last year we had to walk the talk and rise to the occasion in dealing with challenges,” General Naravane was quoted as saying by news agency PTI. He added, “Pakistan and China together form a potent threat, and the threat of collusion cannot be wished away.”

Amid the standoff with China, General Naravane said India has maintained high alert level along the Line of Actual Control (LAC). “We are ready to meet any eventuality; our operational preparedness is of very high order,” he said.

General Naravane said he hoped an agreement for disengagement and de-escalation would be reached with China. “We will hold on to our positions in eastern Ladakh and hope for a solution based on mutual and equal security,” he said.

Naravane also accused Pakistan of continuing to use terrorism as “an instrument of state policy”.