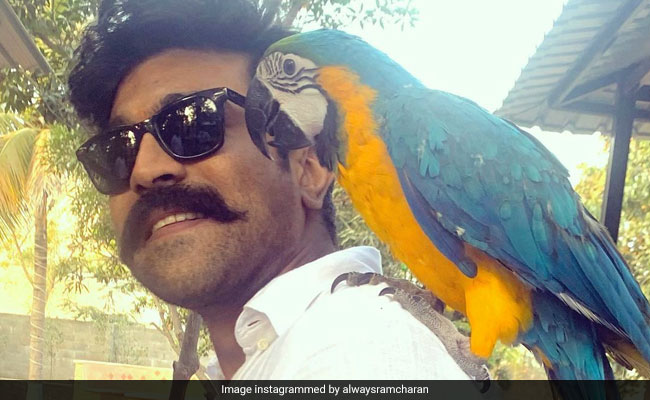 South star Ram Charan, who was diagnosed with COVID-19 in December, has tested negative for the virus and is now “back in action.” Ram Charan shared his coronavirus diagnosis on December 29, a few days after he celebrated Christmas with his cousins. In his latest social media post, Ram Charan posted two pictures of himself with a blue-and-yellow macaw and wrote: “Tested negative! I’m back in action.” Ram Charan was filming SS Rajamouli’s RRR when he tested positive for the coronavirus. On Ram Charan’s latest post, his fans expressed their happiness by dropping several red heart icons in the comments section. Take a look:

Ram Charan, on December 29, issued a statement on social media, which read: “I have tested positive for COVID-19. No symptoms and quarantined and home. Hope to heal soon and come out stronger. Request all that have been around me in the past couple of days to get tested. More updates on my recovery soon.” On the same day, his cousin, actor Varun Tej, also tested positive for COVID-19. The duo had celebrated Christmas together.

Ram Charan, while recovering from COVID-19, wished his fans on the New Year with this special post:

Ram Charan made his debut in acting with the 2007 Telugu film Chirutha. He has worked in several hits like Magadheera, Racha, Naayak, Yevadu, Dhruva, Rangasthalam and Zanjeer. He has also produced films such as Sye Raa Narasimha Reddy and Khaidi No 150. Ram Charan’s next project as an actor is RRR, directed by SS Rajamouli. The film is set in the 1920s and it is a fictitious story based on two legendary freedom fighters – Alluri Seetharamaraju and Komaram Bheem, who fought against the British Raj and the Nizam of Hyderabad, respectively.