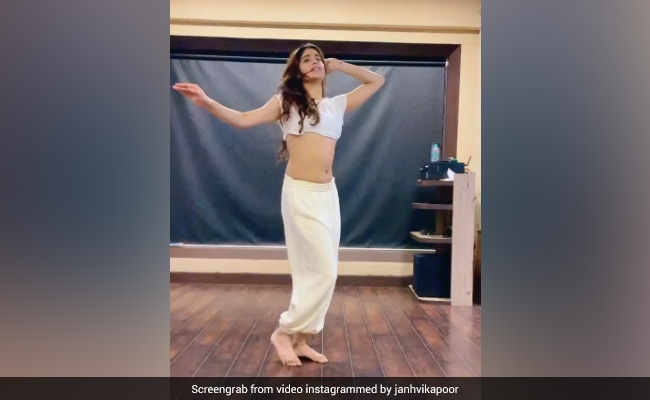 Janhvi Kapoor in a still from the video. (courtesy janhvikapoor)

Seems like Janhvi Kapoor has inherited her impeccable dancing skills from her late mother and actress Sridevi. We know of Janhvi’s dancing prowess courtesy her old videos and her latest Instagram entry is equally good or even better perhaps. The actress posted a video of herself on her Instagram profile, in which she can be seen doing belly dance to the track San Sanana from the film Asoka. The original video of the song features Kareena Kapoor and the track has been sung by Alka Yagnik and Hema Sardesai. Coming back to Janhvi’s video, the actress can be seen dancing gracefully to the track and she was equally adept at the technical aspects of belly dancing with her perfect undulations, isolations and even the shimmy.

For those of you, who are not aware of Janhvi Kapoor’s love for dance, we are here to help. These videos showcase the actress dancing like nobody’s watching. Take a look, you can thank us later.