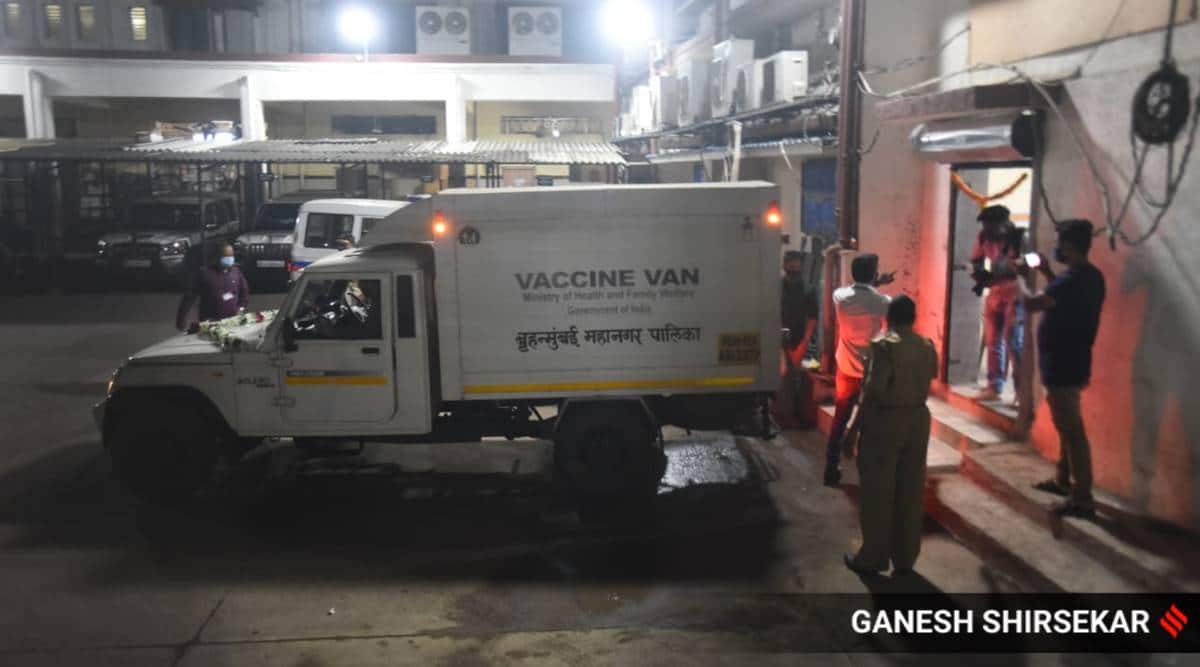 With less than a week left before India starts its nationwide inoculation drive, batches of coronavirus vaccine are being shipped to multiple parts across the country. As many as 3 crore healthcare and frontline workers will be the first in line to receive the shot. Pune’s Serum Institute of India and Hyderabad-based Bharat Biotech received the Drug Controller General of India’s approval on January 3 for “restricted” use of their Covid-19 vaccines in an “emergency” situation.

The maiden consignment of Covishield vaccines took off for Delhi from Pune on Tuesday. Today, Bharat Biotech dispatched the first batches of its coronavirus vaccine, Covaxin. The first consignment of Covaxin was brought to Delhi on an Air India flight around 6.40 am, according to ANI. Three boxes of the vaccine doses were taken to Haryana’s Kurukshetra city.

As of Tuesday, 54.72 lakh doses of the two vaccines cleared for use by the national regulator had reached vaccine stores across the country, the government said. With limited doses of Covid-19 vaccines available initially, the Centre said states will not have the option to choose which vaccine to administer to its priority groups.

The first consignment of Covidshield vaccine from Pune-based Serum Institute of India arrived at the Cochin international airport on Wednesday morning. Special refrigerated vans were arranged to transport the vaccine safely to respective centres. Another flight is expected to reach Thiruvananthapuram international airport this afternoon. National Health Mission sources said of the 4.33 lakh doses of the vaccine, 1,100 would be sent to Mahe, which is an enclave of Puducherry and lies between Kozhikode and Kannur districts.

Kerala is battling a massive surge of new coronavirus cases. With 5,000 new cases, the state once again reported the highest number of infections in the country.

Covaxin will be administered to people in the state capital and Covishield in the districts, news agency PTI reported. Vaccines have already reached Cuttack, Puri and Nayagarh districts and special vehicles with police escorts have been lined up for transportation of the vials to all the 162 vaccination centres. Goa also received 23,500 doses of Covishield vaccine via a flight from Mumbai. Goa has geared up for the immunisation programme set to begin from January 16. Around 18,000 health workers in the state will be covered during the initial phase, another health official said. The state government has identified eight hospitals, including three private medical facilities, where these doses would be administered, an official earlier said.

Mumbai received over 1.39 lakh doses of the Oxford COVID-19 vaccine, Covishield, this morning. This first batch of doses will be delivered across the city at designated vaccination centers for the inoculation drive set to begin on January 16, the BMC said in a statement. The civic body said it received 1,39,500 doses of the Covishield vaccine from the SII around 5.30 am. 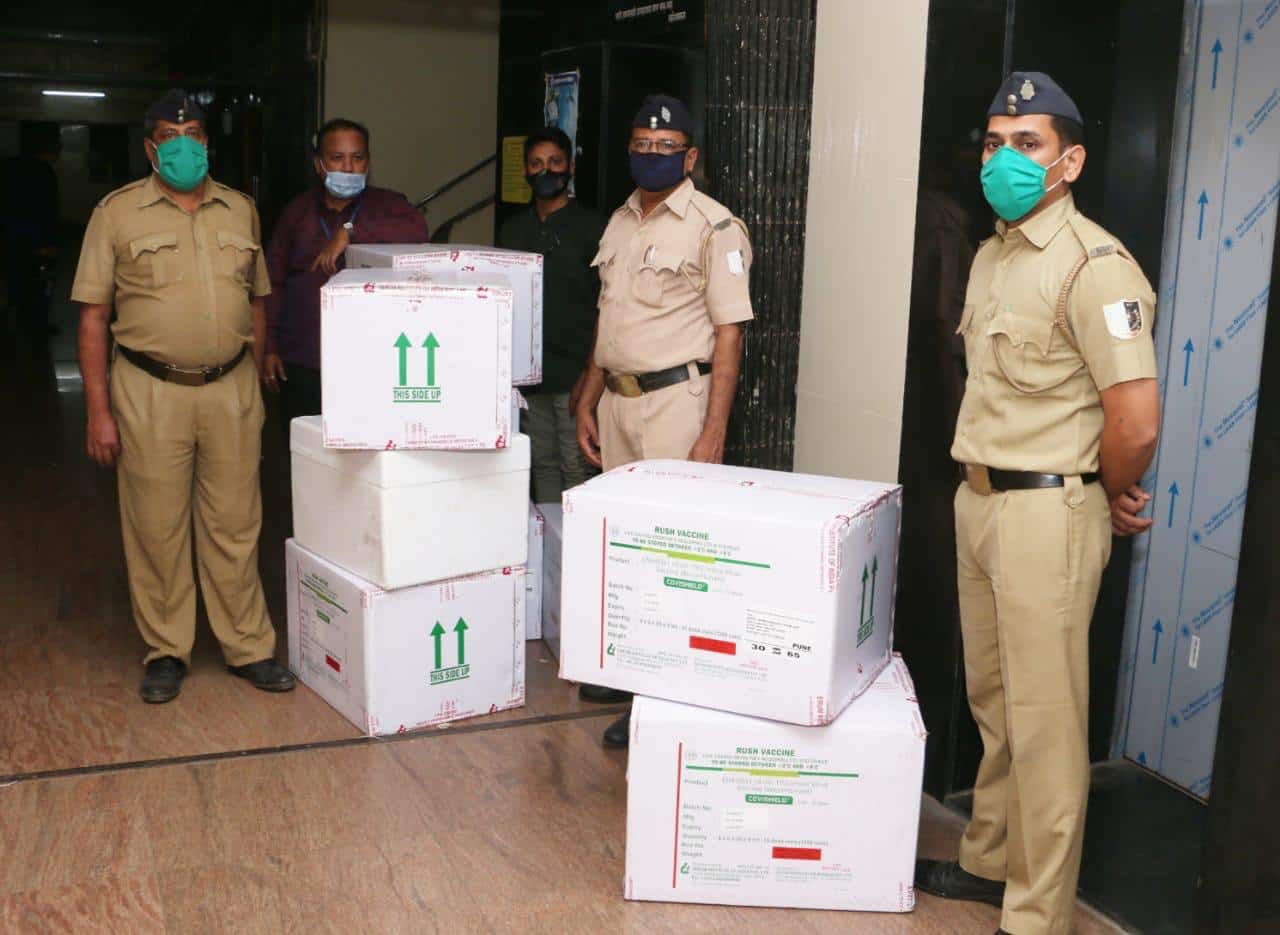 Health department staffers of the BMC brought the vaccines from neighbouring Pune under the security of two police vehicles, it said. “The vaccine doses are being stored at a facility in F-South ward office situated in Parel,” it stated. The civic body has also created a centralised cold storage facility for vaccines in Kanjurmarg.

Maharashtra has so far received 9.83 lakh doses of COVID-19 vaccines out of the total requirement of 17.5 lakh for inoculation in the first phase, state Health Minister Rajesh Tope said.

As many as 56,500 doses of Covisheild were flown into Agartala this morning. The doses were transferred to a special storage unit at National Health Mission (NHM) office at Gorkhabasti in Agartala. Speaking to indianexpress.com, State Immunization Officer Kallol Roy said the doses will be distributed to all districts today.