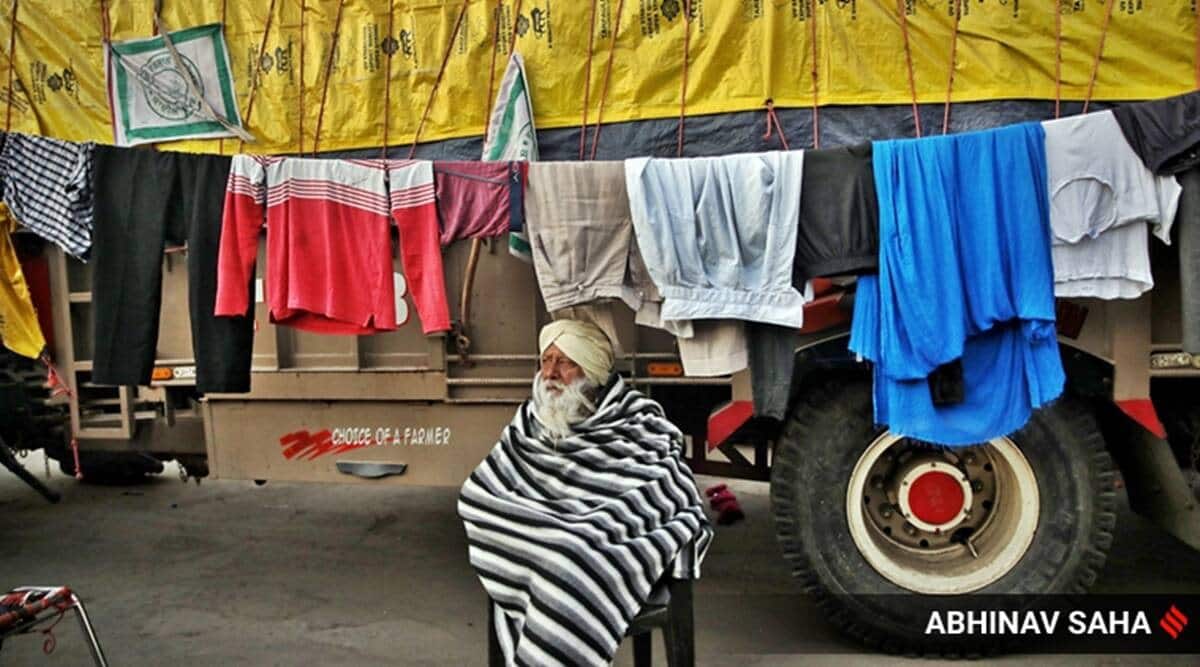 TO SUSTAIN the farmers’ agitation in the coming days, farmers from Haryana villages have started donating Rs 100 per acre to local leaders to manage the transportation and food items. In some villages, farmers offer Rs 200 to Rs 500 per acre while some even contribute in thousands for the stir. The collection is growing fast with a sentiment gaining ground that the ongoing farm agitation is meant to protect the lands of farmers from corporates.

“I have deposited Rs 85,000 for the agitation as part of our donation for 160 families of our clan who have 850 acres in the village,” farmer Pradeep Sihag told The Indian Express. Sihag is from Sisai village of Hisar district, which is the biggest village of Haryana in terms of population and size. Sihag estimates the village has a population of over 35,000 while farmers here have around 15,000 acres of land.

“Almost every farmer has already deposited their share of donation following a decision by the villagers some days ago. Now, the collection stands at almost Rs 15 lakh from farmers of our village. A former sarpanch, Rajesh Sihag, has donated Rs 1.11 lakh for the agitation,” says Sihag, adding, “We are fighting to protect our land. If we succeed to save our land with such contributions, such donations won’t be a big deal for us. We have to fight to get fair prices of crops in mandis but this time our land is being targeted by the corporates.”

The villagers arrange food and transportation services for those who go to Tikri border from the village to join dharna there. One vehicle has specially been arranged to supply milk and food items to the agitators at Tikri border daily from Sisai village. Many of the vehicle owners take only fuel charges in lieu of providing transport services for the agitators. Four buses full of women and children went to Tikri from the village Wednesday but the bus owners took only fuel charges from the agitators. With growing sentiments in favour of farmers, even local leaders of BJP and JJP don’t refuse to provide their share of financial assistance. “First, I am a farmer, then a politician,” says a JJP leader from Hisar district, who has given his share of donation as per his land holding in his village.

The state has 7,088 villages with some having agricultural land holdings in hundreds while others have land holdings in a few thousands. Like Chief Minister Manohar Lal Khattar’s native village Nindana (Rohtak) has 8,836 acres of land while Nangal village of Karnal district has 1,000 acres.

A farmer leader from Jind, Ramphal Kandela said that apart from farmers, other sections of society are also offering donations. For example, labourers donate at the rate of Rs 100 per family. “A minimum amount is collected from every family now with a sense that the agitation may continue for months,” said Kandela.

Employees, shopkeepers and people from Scheduled Caste communities who normally don’t have land holdings, also contribute to the agitation. With the help of these funds, villagers run langers (community kitchen) at the outskirts of their villages and at the borders of Delhi. The agitation is going on for the past one and half months against three central farm laws, which have been termed as “anti-farmer” by the agitators.

A former Haryana IAS officer, S K Goyal, who has backed the farmers in their ongoing agitation, says every section of society is offering help to agitators. Goyal has already toured over half a dozen villages of Bhiwani districts to make farmers aware about the “adverse impacts” of the three farm laws.

“If the agitation continues for long, it would further erode the base of ruling dispensation very fast. Keeping in view the sentiments of farmers and cold, the government should repeal these farm laws as early as possible,” Goyal said.