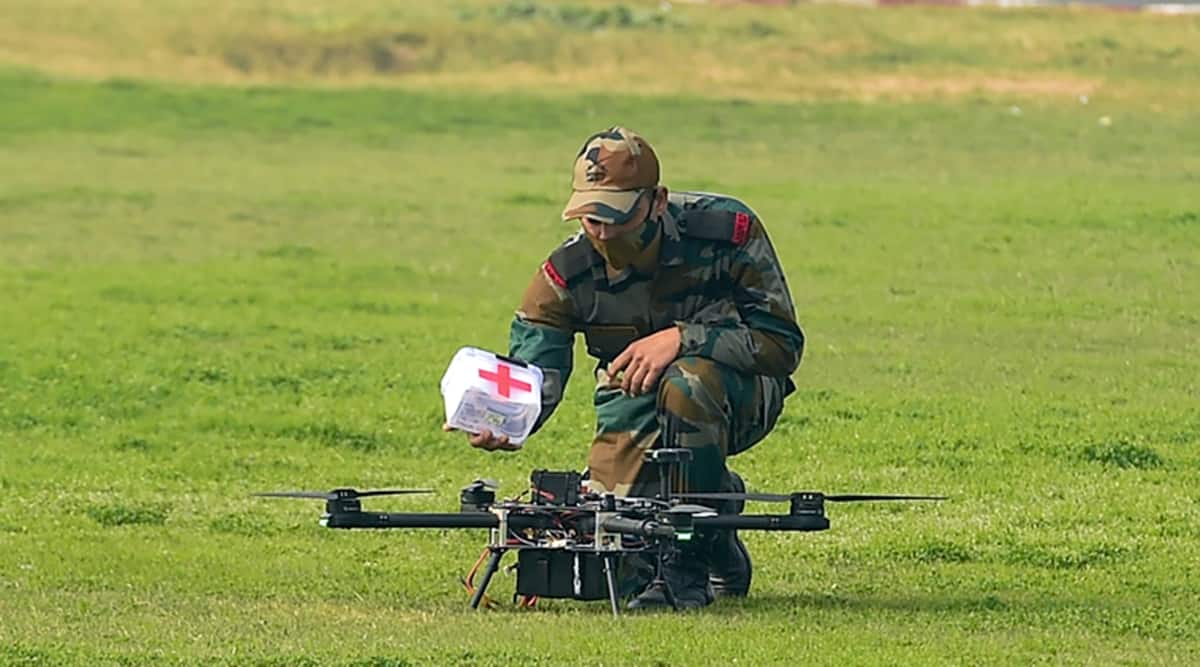 Drones of the Indian Army carried out mock kamikaze attacks and first-aid delivery exercises as the service showcased its latest assets during the Army Day parade held at the Cariappa ground here on Friday.

The Indian Army said it carried out a live demonstration of “drone swarming capability” using 75 indigenously designed and developed drones, which executed an array of artificial intelligence (AI) enabled simulated offensive missions and close support tasks, at the event.

“This demonstration is a recognition of the Indian Army’s steady embrace of emerging and disruptive technologies to transform itself from a manpower-intensive to a technology-enabled force to meet future security challenges,” it said in a statement.

Around 75 drones of the Indian Army carried multiple mock operations including kamikaze attacks, first-aid delivery and parachute payload delivery exercises at the event. The first detachment of the parade was of the upgraded anti-aircraft weapon system Schilka and it was commanded by Captain Preeti Chaudhary of the 140 AD regiment (self-propelled).

Marching contingents of the Jammu and Kashmir Rifles, the Mahar Regiment, the Garhwal Regiment and the Jat Regiment also participated in the parade.

Army Day is celebrated on January 15 every year in recognition of Field Marshal K M Cariappa’s taking over as the first Commander-in-Chief of the Indian Army from Sir Francis Butcher, the last British Commander in 1949.

It is celebrated in the national capital, as well as in all the six Army Command Headquarters.