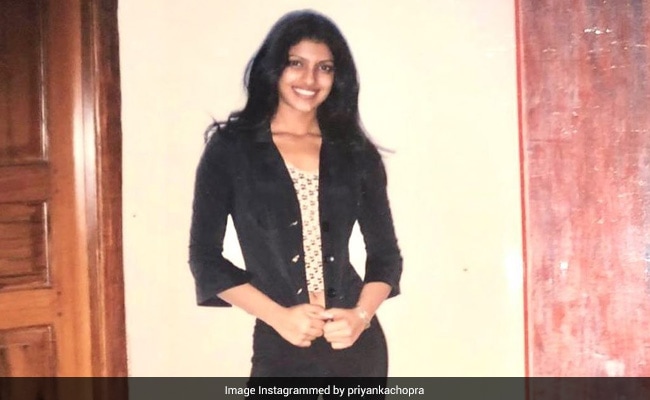 It’s been one of those weeks where celebrities chanced upon gold in their photo archives and promptly headed to Instagram. Priyanka Chopra kicked off the flashback festivities with a picture of her 17-year-old self nothing short of epic. “Lean, mean and all of 17,” the now 38-year-old star captioned her post. “I remember this girl,” wrote actresses Lara Dutta and Dia Mirza in the comments – Priyanka, Lara and Dia were the Miss India pageant winners in 2000 and went on to win all three major international titles, the only time India has done so. Lara Dutta was Miss Universe 2000, Priyanka Chopra Miss World and Dia Mirza won Miss Asia-Pacific International.

Amitabh Bachchan followed up with this picture of himself and son Abhishek some time in the 1990s (the 1900s in his caption is clearly a typo). Location – Tashkent in Soviet Russia (clearly the picture was taken before 1992). This, it seems, was when Abhishek Bachchan signed his first autograph.

Kareena Kapoor excavated a picture of herself and husband Saif Ali Khan from 2007 (they married in 2012) and the pregnant star wrote wistfully of her waistline in the throwback. Kareena, expecting her second child with Saif, wrote: “Oooh that waistline… I’m talking about mine, not Saifu’s.”

See Kareena Kapoor’s blast from the past here:

Farhan Akhtar and cousin Farah Khan ended the week with a golden oldie of themselves way back when they lacked dance partners other than themselves. As flagged in the caption, please do give Farah’s “Flashdance hair” the attention it deserves.

Hope there’s more where those came from.