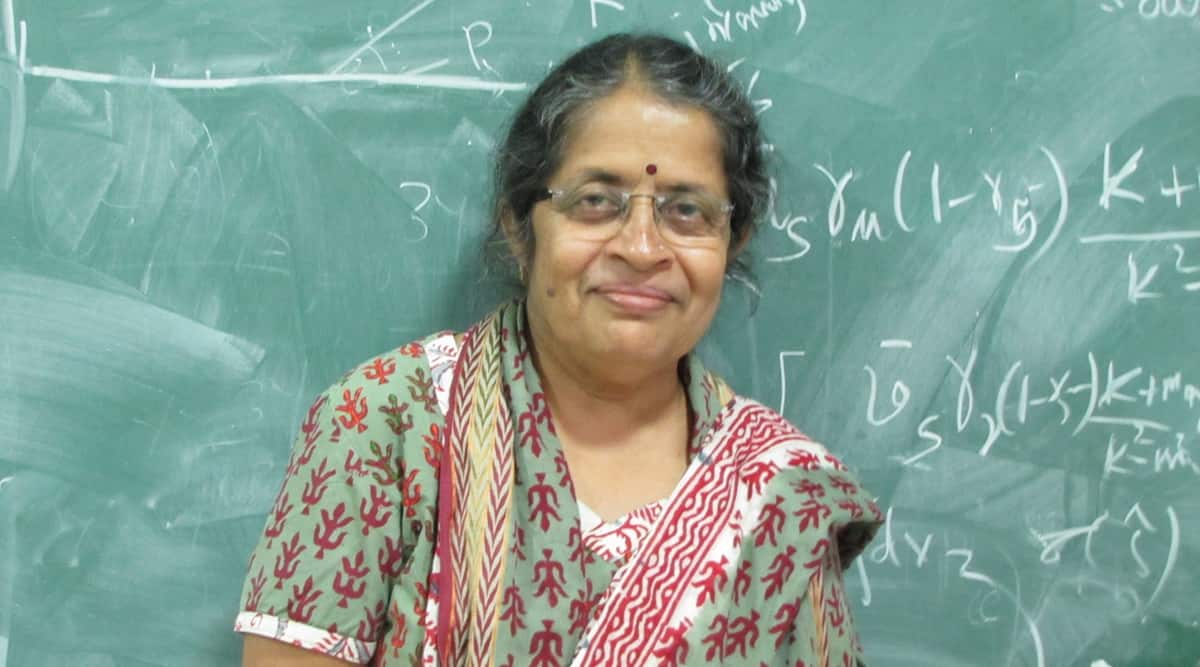 Intelligent women who could have made a definite impact in the field of science were somewhere lost in the process, and there is a need to get their missing contribution back to science, according to Rohini Godbole, an honorary professor at the Indian Institute of Science (IISc), Bengaluru.

Prof Godbole, from the Centre for High Energy Physics at IISc, has been awarded the Ordre National Du Merite, or National Order of Merit, considered to be among the highest distinctions bestowed by France.

The prominent particle physicist, who was awarded the Padma Shri in 2019, has had a long collaboration with the scientific community in France and is well-known for her commitment to promoting women in science. “I did not have the slightest idea that I was being considered for this award and this has come out of the blue. These are similar to our Padma Awards and I am really happy,” she said.

An alumnus of Pune’s S P College, this celebrated teacher and science educator has often encouraged youngsters to understand that it is one’s own curiosity that should drive him/her towards research.

“I do science because I love it…,” Prof Godbole told The Indian Express on Thursday.

She is particularly optimistic about the new Science, Technology and Innovation Policy (STIP) draft that focuses on equity. “In my 40 years in the world of science in India and outside, I have seen women who are smart and intelligent and could have made an impact in the field of science. Somewhere along the entire process, they could not do so, and what drives me to push for women in science programmes is that this missing contribution needs to be brought back. Science needs to bring back these women,” said Prof Godbole, who chaired the Committee on Equity in the draft STIP policy.

“Apart from curiosity to get answers for questions that I have been investigating, what drives me is the need to get women back into science,” she said.

She believes that while there have been several changes, increasing public awareness has also led policy makers to come together to encourage women in science. “I am an optimist and while societal attitudes need to change, the new STIP policy draft is an encouraging one, especially as it adequately addresses the subject of equity,” she said.

The physicist pointed out that science needs to have equitable representation. For instance, a major focus of the draft STIP 2020 is ensuring at least 30 per cent representation of women in all decision-making bodies. The policy states that promoting talented women scientists in leadership positions across research and science administration is required to inspire women who aspire to pursue careers in science.

“There has to be a concerted effort to ensure women can assume leadership positions. All this cannot happen in a day. With the government taking up several programmes, I am really hopeful that women are equitably represented in the processes/practice of science,” said Prof Godbole.

Despite the Covid-19 pandemic raising several challenges, especially for a huge workforce above the age of 50, Prof Godbole said her days even during the pandemic have been extremely busy. She has attended online meetings and guided students, and said she is lucky to work for solutions to questions, especially in the subject of Dark matter in the universe, which are deep and fundamental.

“These are questions that really bother me and, along with hundreds of others the world over, there is an effort to explore different aspects and hoping the efforts will lead us to the right answers about some basic questions about nature’s laws,” Prof Godbole said, referring to her research on Dark matter in the Universe.