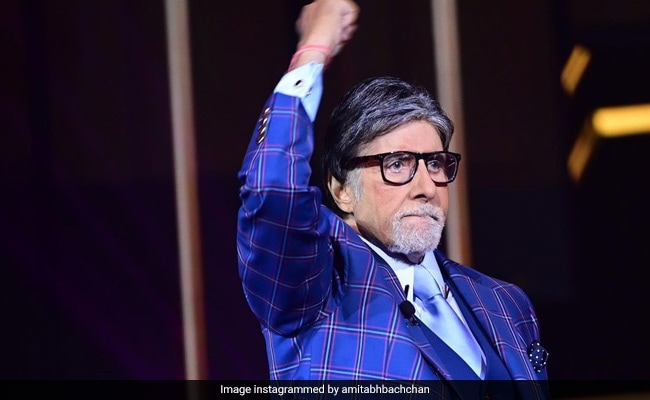 Amitabh Bachchan on the sets of KBC 12. (courtesy amitabhbachchan) .

Bollywood veteran Amitabh Bachchan, who is quite active on social media, tweeted about the COVID-19 vaccination drive on Saturday night. The 78-year-old actor, who had contracted the virus in July, said that it would be a “proud moment” when the nation will become COVID-19 free. The actor, who was the face of UNICEF’s polio eradication campaign in India, till the country became polio free in 2014, wrote in his tweet: “It was a proud moment when we made India polio free, it shall be just as proud a moment when we make India COVID-19 free. Jai Hind” He accompanied the tweet with the hashtag #LargestVaccineDrive. India’s much-awaited vaccination drive began on January 16, as a part of which Covishield and Covaxin were given to healthcare workers.

Earlier, Amitabh Bachchan’s voice was chosen as a caller tune for a coronavirus public service announcement, which aimed at spreading awareness about the necessary preventive measures to be taken during the pandemic.

Last year, Amitabh Bachchan and three other members of his family – Abhishek Bachchan, Aishwarya Rai Bachchan and Big B’s 9-year-old granddaughter announced in July that they had contracted the virus. The family stayed in Mumbai’s Nanavati Hospital until their recovery. Amitabh Bachchan, during his stay at the hospital thanked his EF every day without a miss. A few weeks later, he began shooting for the popular TV quiz show Kaun Banega Crorepati 12 in Mumbai.

In terms of work, Big B was last seen in Shoojit Sircar’s Gulabo Sitabo, co-starring Ayushmann Khurrana. The film released on Amazon Prime Video and it opened to largely positive reviews. The actor’s upcoming projects include Ayan Mukerji’s Brahmastra, co-starring Alia Bhatt and Ranbir Kapoor, and Chehre, alongside Emraan Hashmi. He will also be seen in the sports drama Jhund. Last year, Big B signed a film called Mayday, which will be directed by Ajay Devgn.