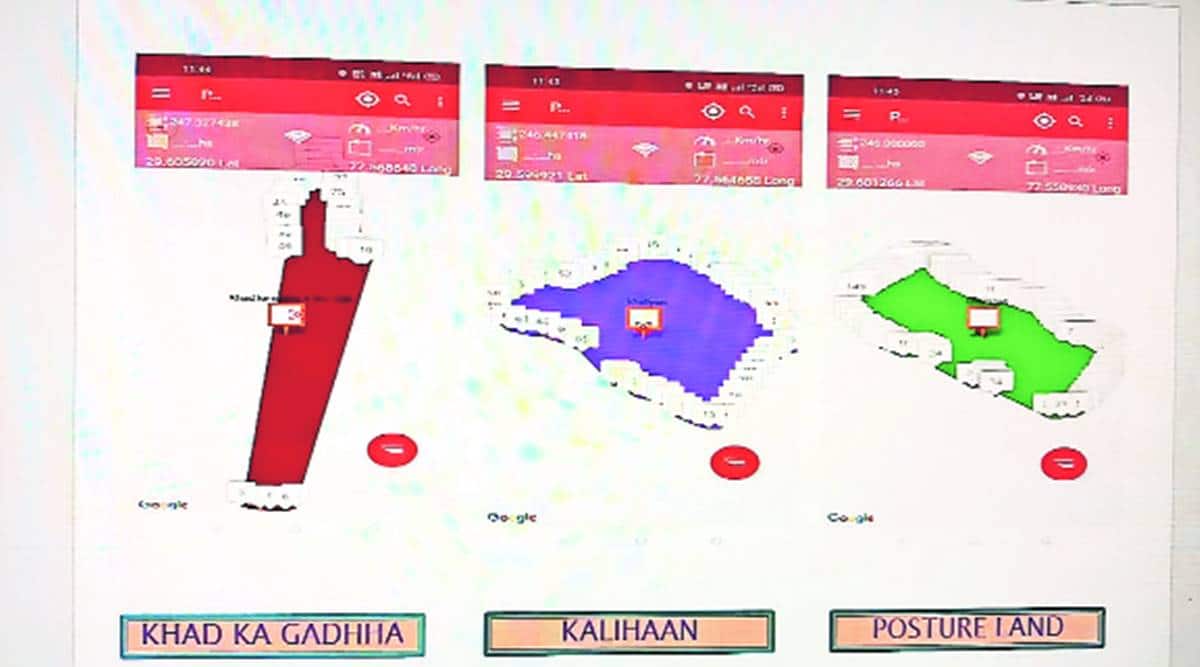 To curb cases of fraud in sale and purchase of land and keep land mafias in check, the Muzaffarnagar district administration is all set to launch a mobile application through which one could get to know if a certain plot of land is disputed or comes under the green belt or belongs to the government.

The mobile app, named “Dhara” or land, is expected to be launched later this week.

Speaking to The Sunday Express, Muzaffarnagar District Magistrate Selva Kumari J said: “I felt the need for such a mobile app after finding that there were several cases where the same piece of land was sold multiple times, resulting in the suffering of common people. This used to happen because there was no central database of land purchases and nature of land in the district. The problem persists also because sometimes officers like Lekhpal and Station Officer of a particular police station are transferred and the new ones do not know about the existing land disputes in the area. Hence, I thought of making a central database where land could be categorised under different categories and people could see by their own if a particular land is disputed, or falls under the green belt or is a public land… The status of any particular piece of land can be viewed by anyone who is within one-kilometre radius of the land.”

The district administration has roped in a private firm, Igile Technologies, to make the app. “Though we are taking help from the private firm, the firm will not have any access to the database. The database will only be accessible to a district committee, headed by the district magistrate. The application will be available on Google Playstore soon,” she said.

According to her, data of land spread across 20 villages has already been fed into the software. There are 498 villages in the district. “In the next 15 days or so, the land data of the rest of the villages will be collected by the Lekhpals and fed into the software and subsequently into the mobile app,” said Kumari.

Explaining how the application will function, Muzaffarnagar Additional District Magistrate Amit Kumar said, “For example, public land like ponds, graveyards, temples, etc will be under one category and will be coloured accordingly. Like pond land will be blue, graveyard will be brown. If someone clicks on a piece of land which is a government land, it will show as red. This is being done because a lot of times in the past, people have been sold land which actually belongs to the public or is under the category of green belt where construction is prohibited.”

Officials said that the role of Lekhpals will also be instrumental in developing the application and collection of data, but their role will end after data collection.

“The Lekhpals have been asked to feed data into the application about categories of land. Once the feeding process is done, their login ID and passwords will seize to have access. Only the district magistrate will be authorised to monitor and maintain the database,” said the ADM.

“If someone buys a piece of land which comes under green belt or is public, then that person loses money. They file a case which goes on and on. We eventually get the land vacated. But it is the common people who lose money. The objective of the application is that no one could cheat a common person. Since the application will have details of land in the district, anyone and everyone will be able to see the nature of the land and then make the purchase accordingly,” Kumar added.

“We have told the IT company that the software will belong to them, but the data will be owned by the district administration. If there has to be an amendment to the database, then that can’t be done without approval from the district committee,” the ADM said.