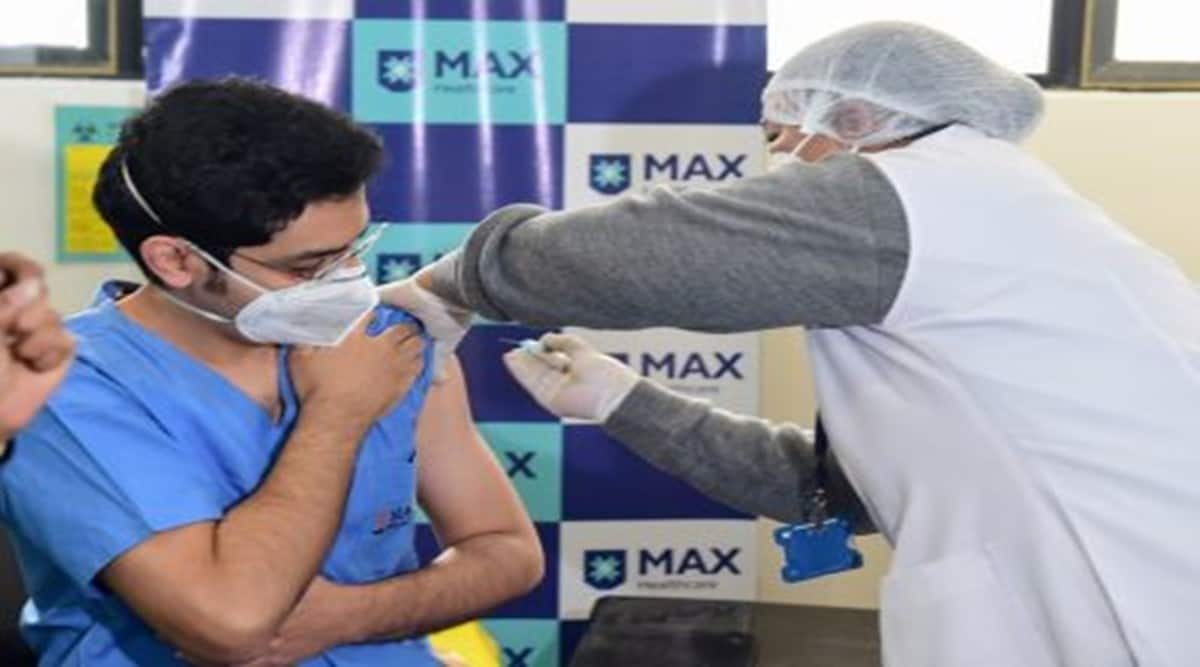 People adopting a “wait and watch” approach, lack of communication and glitches in CoWin app are the major reasons why only 53 per cent people got the COVID-19 shots on the first day in Delhi, experts said on Sunday.

In Delhi, 4,319 healthcare workers 53.3 per cent of those registered got the shots on Saturday, the first day of the world’s largest vaccination drive against the pandemic.

“There is a little bit of apprehension (about the vaccine). Also, people in India adopt a ‘wait and watch’ approach in important matters, be it purchasing a new car or an appliance. People consider the experiences of others before taking a call,” B L Sherwal, Medical Director of Rajiv Gandhi Super Specialty Hospital, said.

In his hospital, 45 people got the jabs on Saturday.

“There is a need for creating more awareness and building confidence among people. No major vaccine-related side effects were reported on Saturday, which is going to encourage others to take the shots,” he said.

An AIIMS security guard had developed an allergic reaction after receiving the COVID-19 vaccine. He was kept under observation of doctors at the hospital, an official had said on Saturday.

A total of 51 cases of minor reactions such as rashes, swelling at the injection site or fever were reported in the city on the first day, according to officials.

Sherwal said 53 per cent turnout should be considered “normal”. “Since people are voluntarily taking the jabs, many times they skip it if there is some important work,” he said.

“It took a lot of effort for 20 years to eradicate polio. There was resistance. Similar efforts will be needed in case of COVID-19 immunization campaign,” he added.

Suresh Kumar, medical director of Lok Nayak Jai Prakash Narayan Hospital, said technical glitches in CoWin app could be a reason why many people could not take the shots on the launch day.

CoWin is an online platform for monitoring COVID-19 vaccine delivery.

Only 32 people were given the jabs at LNJP hospital on Saturday.

“There were some glitches in the app at our hospital. We expect the number to increase during the course of the drive,” Kumar said.

“The government will have to strengthen the information dissemination process. The vaccine has reached the centres, now information needs to reach everyone,” he said.

Questions have also been raised on the efficacy of the vaccines, especially about Bharat Biotech’s Covaxin.

On Saturday, the Resident Doctors’ Association of the Ram Manohar Lohia Hospital requested the hospital to vaccinate them with Serum Institute’s Covishield instead of Covaxin.

The association wrote a letter and said the doctors were a bit apprehensive about Covaxin due to the lack of a complete trail.

Those taking Covaxin are asked to sign a separate consent form, acknowledging that the jab is being administered without the phase-3 trial.