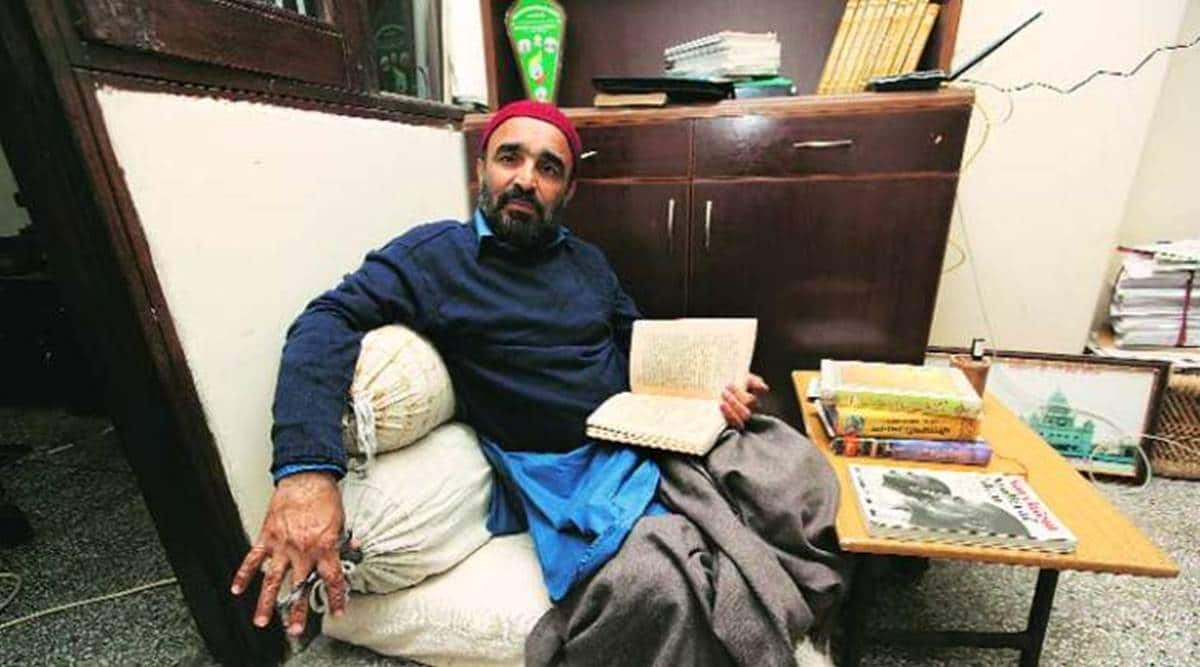 “Hate has not become more powerful, voices preaching brotherhood are growing weaker,” Faisal Khan, the activist arrested for offering namaz inside a Mathura temple, says almost a month after he was released on bail.

Faisal Khan was arrested on November 2, 2020, after videos of him offering namaz inside the Nand Mahal temple went viral. Khan and his three associates who were booked with him –– Chand Mohammed, Alok Ratan and Nilesh Gupta –– have maintained it was time for their afternoon prayers, and it was people inside the temple who said they could offer the namaz right there.

And why were they inside the temple? According to Khudai Khidmatgar’s statement after the arrest, the four were on the 84-kos parikrama, a Hindu pilgrimage to places linked with Lord Krishna.

Videos of Khan offering the namaz and his subsequent arrest had led to an uproar on social media, with him accused of everything from mal-intent to delusional naivete.

But, says Khan, he finds nothing unnatural in a Muslim man on a Hindu pilgrimage ending up offering namaz within a temple. “This particular matter is in court, so I will not speak on it. But any place of worship is the house of God,” the activist says. “Isn’t dissolving man-made walls one of the purposes of religion? Wasn’t one of the traits of Ramrajya, as described by Tulsidas in Ramcharitmanas, ‘bairu na kar kaahu san koi, Ram pratap bishamta khoi (No one had enmity against each other, by Lord Ram’s grace, differences were lost)’?

Khan’s vision of the world can seem unrealistic, incongruous with the happenings in India today. But, says the Gandhian, it is times such as these that test the strength of one’s convictions.

“The biggest challenge we face today is not that those spreading hate are winning. It’s that those fighting these forces are getting discouraged and bitter all too soon. Communal harmony can’t be achieved through one conference, even if you put your heart and soul in that conference. It is a constant project. For an ideal society to be built, the first thing to do is to not lose hope that such a society is possible,” says Khan.

So how did Khan come to believe in a society where religious differences can disappear, and what is he doing to achieve it?

It was a long journey, he says, that began with a teenager in Kaimganj, Uttar Pradesh’s Farrukhabad district, collecting pictures of Mother Teresa, Mahatma Gandhi, etc. “I was always fascinated by people who spent their lives in service of others. I had no access or exposure to discourse on communal harmony, but I could see that social work seemed most impactful when it transcended boundaries of religion.”

Khan says he grew up in a liberal family not very particular about raising religious children. “But when I went to Aligarh Muslim University (AMU) for higher studies, and read and observed more of the world around me, I felt religion could be a positive force in spurring social change.”

In 1995, after completing his MA in sociology from AMU, he came to New Delhi. “Here, I was exposed better to social activists like Vinoba Bhave, Baba Amte and Dr Sandeep Pandey. In 2002, I joined the National Alliance of People’s Movements (founded by Medha Patkar). All the while, I kept reading the holy books of various religions, I read Kabir, Mahatma Gandhi.”

And what did he learn from all this reading? “Two things. First, the true purpose of religion is to make us the best possible versions of ourselves. Second, every religion has the same message –– there is no better way of serving God than loving your fellow beings.”

During his work with NAPM, many were impressed with his ability to quote the Quran and the Ramcharitmanas equally well. “I realised people might give you their time if they respected you as an activist, but would truly give you their attention if you could show them how their religion supports a particular cause. The next step then for me was to show people that all religions advocate the same causes.”

Armed with these ideas, Khan in 2011 decided to revive Khudai Khidmatgar. “We started with about 10 people, but were soon joined by hundreds. Khudai Khidmatgar is a voluntary organisation, there’s no salary, no fixed source of funding. But people wanted to join us,” says Khan.

Every member of Khudai Khidmatgar has to take a pledge –– they will shun violence; they won’t desire revenge; they will forgive those who harm them; they will work to promote kinship in society; they will not accept honorarium for their work; they will not keep links with any group that believes in violence.

“We do everything that Gandhiji called ‘rachnaatmak kaam (constructive work). Uplifting the downtrodden, cultivating leadership qualities among the youth, all this was rachnaatmak kaam for Mahatma Gandhi. So we help people negotiate the official machinery –– fill out PDS and NREGA forms, make sure beneficiaries get their due. We distribute blankets in winter, we distributed food kits throughout the lockdown. We hold inter-faith dialogues. A few years ago, some colleagues and I cycled from New Delhi to the Kolkata house in which Bapu had lived, holding lectures and meetings all along the way,” Khan explains. In the years since he revived Khudai Khidmatgar, Khan got married, had a son. Loving your family is one more reason to spread love in the wider world, he adds.

One of the initiatives of Khudai Khidmatgar is ‘Sabka Ghar’, a house in New Delhi’s Ghaffar Manzil in which people from different religions are encouraged to live together. Mirza Hasnain Beg, a PhD scholar at Jamia Millia Islamia who had lived in Sabka Ghar in 2017, says he met conservative Hindus there, and they were able to find similarities despite their differences. “Victims of communal riots, both Hindus and Muslims, have lived here, and gone back with a better understanding of each other,” says Beg. Murari Bapu, who presented Khan the ‘Rashtriya Sadbhavana Award’ in 2018, had then said he would like to visit Sabka Ghar.

Does Khan get discouraged by the frequent communal violence in the country, and the rising Hindutva rhetoric from those in power?

“Hate is unsustainable. A cup of tea, in the hands of a poor man or a powerful man, will eventually get cold. Similarly, hate, whether spread by a neighbourhood bully or a more influential person, will eventually lose steam. When I was in jail in Mathura, my family could not send me anything for a week. Hindu prisoners bought me tea, shared their blankets with me.”

Over the years, has he felt any change in the attitude of the common public towards their work? “I have been on the field for almost 20 years now, traveling to different parts of India, even Pakistan. And while learned articles have been written on intolerance, I can tell you what I saw. As Kabir said, ‘Tu kehta kaagad ki lekhi, main kehta aankhin ki dekhi (you talk of what’s written, I am telling what I saw myself)’. Yes, we have been opposed by Hindus as well as Muslims, but we have also been loved and welcomed by both. It’s not the time to lose hope. Love and brotherhood very much exist. Hatred will win only if those fighting it admit defeat or give up the fight.”