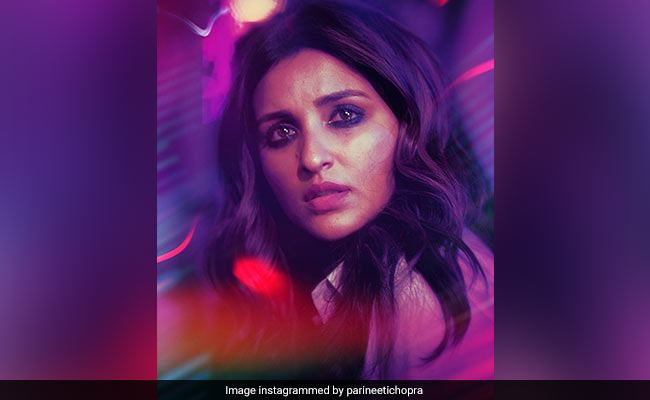 Actress Parineeti Chopra shared a still from her upcoming film The Girl On The Train with a caption to die for. Parineeti plays the lead in the Bollywood adaptation of Paula Hawkins’ book of the same name. The picture she shared is a close-up of her face, looking very much the worse for wear, eyes bleary and gazing into the distance – Parineeti’s character in the film is an alcoholic. “The Girl in pain,” the actress captioned her post, adding a smiley. The Girl On The Train will release on Netflix on February 26.

The Girl On The Train was made into a Hollywood film starring Emily Blunt in the lead in 2016. In the Bollywood version, Parineeti Chopra plays the eponymous girl taking the train, an alcoholic divorcee who becomes involved in a missing person investigation and uncovers deeper secrets. The film also stars Aditi Rao Hydari, Kirti Kulhari and Avinash Tiwary; Ribhu Dasgupta directs.

Parineeti Chopra shared the teaser of The Girl On The Train last week – the teaser is mostly a montage of glimpses of Parineeti’s bruised, confused face. She received a shout-out from cousin Priyanka Chopra, who wrote in her Instagram Stories, “Proud of my girl, can’t wait to see more.”

Watch the teaser of The Girl On The Train here:

Parineeti Chopra made her debut in 2011 film Ladies Vs Ricky Bahl and was cast in the lead opposite Arjun Kapoor in Ishaqzaade next year. Her film credits include Shuddh Desi Romance, Haasee Toh Phasee and Meri Pyaari Bindu. Other than The Girl On The Train, Parineeti Chopra will also be seen in Sandeep Aur Pinky Faraar and is filming a biopic of Saina Nehwal.