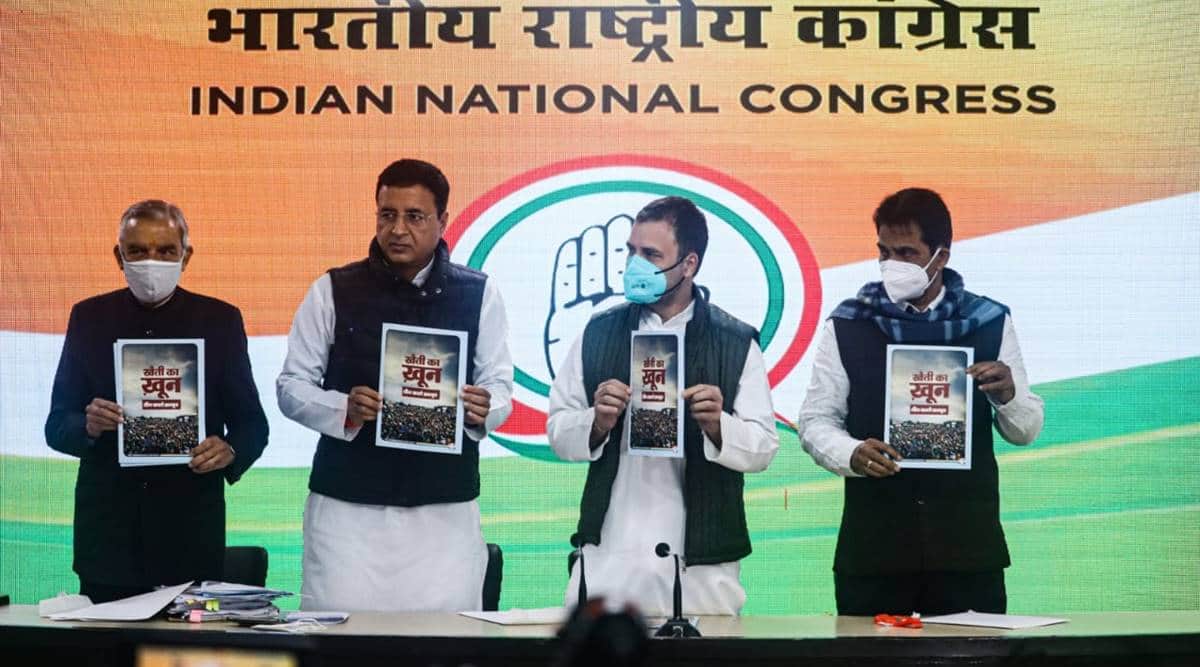 Hitting out at the Central government over the farmers’ protest at the Delhi borders, Congress leader Rahul Gandhi said the only solution to the deadlock is to repeal the three farm laws. Accusing the government of “destroying” Indian agriculture by enacting the three farm laws, Gandhi on Tuesday released a booklet to highlight the pitfalls of the legislation.

“There is a tragedy unfolding today in the country, government wants to ignore the issue and misinform the country. I’m not going to speak about farmers alone as it is only part of the tragedy. It’s important for youngsters. This is not about the present but about your future,” he said during the press conference.

“The rice, wheat you (middle class) buy comes at the rate you purchase because of APMC and the agricultural system. This is not an assault on farmers but on the middle class and on every single youngster in the country, who is not able to get a job,” Rahul added.

On BJP chief JP Nadda’s accusation that the Congress leader was “provoking and misleading” the farmers, Rahul said it was an “attempted distraction” by the saffron party. “…Farmers know the reality. All farmers know what Rahul Gandhi does. I have a clean character, I’m not scared, they can’t touch me. They can shoot me,” he said.

“Today, every industry is under a monopoly of three to five people. Be it airport, telecom, or power. Modi government wants to give the agriculture sector as well to those four to five industrialists,” Gandhi added.

Farmers have been protesting against the three farm laws at the borders of the national capital since November. Nine rounds of talks between the Centre and farm unions have failed to break the impasse. The Supreme Court has put on hold the implementation of the laws until further orders and has named a panel to facilitate talks.