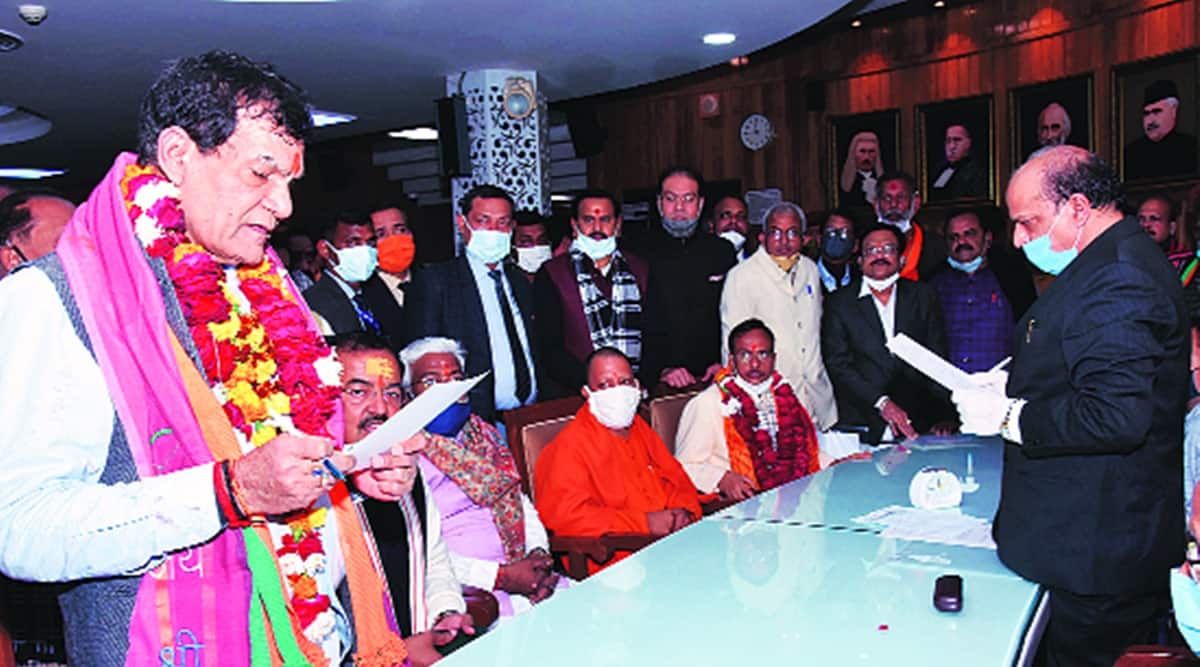 Ten BJP candidates for the January 28 elections to 12 Legislative Council seats filed their nomination papers on Monday on the last day for registering their candidacy.

An independent candidate also filed his nomination papers, making it 13 candidates for the 12 seats. The documents will be scrutinised on Tuesday.

Sharma is considered to be close to Prime Minister Narendra Modi. He joined the BJP last week after taking voluntary retirement from government service. According to sources in the party, he has been chosen for a big role in the government.

The independent who filed his documents on Monday is Mahesh Chandra Sharma, whose nomination papers in previous MLC polls were rejected on various grounds. But if they are accepted this time during the scrutiny on Tuesday, it will lead to elections for all 12 seats as the Samajwadi Party has fielded two candidates — veteran leader Ahmed Hassan and party spokesperson Rajendra Chaudhary. Unlike in the past, no political party has fielded additional candidates.

The elections are necessary as the term of 12 Legislative Council members is ending on January 30.